You are here: / Food

Product 1 of 27 Next product 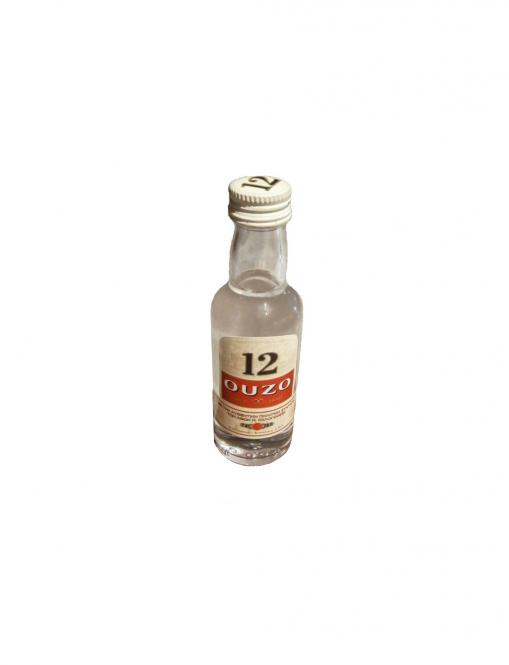 The history of Ouzo 12 dates back to 1880 in Constantinople, where the Kalogianni brothers first produced it in the small, traditional snack shop that they owned. At the time there was no bottling procedure, and it was sold bulk directly from the barrel. Barrel No. 12 was buyers' favourite, since its ouzo content was singled out in terms of its quality, flavour and fine aroma.

In 1925, the Kalogianni family moved to Salonica where the family business was also transferred. The success story was repeated, and barrel No. 12 kept making new friends. Obviously, it was not a matter of chance. The family and business moved once again in 1950, this time to Piraeus. It was then that ouzo was bottled for the first time in Greece. And naturally, the ouzo that was chosen was the best available. The content of barrel No. 12 was bottled, and the first ever bottled ouzo in the world was named after it: OUZO 12.

At the time, small sized bottles, called "karafakia" (small carafes), were used in Greece. They are still used today, although big bottles are also available. Ouzo 12 is a traditional Greek spirit that keeps company to those who love socializing and alcohol. Since the time at Constantinople's distillery, Ouzo 12 has had a remarkable track record, maintaining its fine quality. It is produced from a unique blend of deliciously combined fruits and herbs. It is distilled twice and goes through 16 successive pot stills before it is poured in our glass!

Bottles are carried in strong safe wooden box to avoid any damages. A knife and a screwdriver are enough to open the box when you will receive it.

We'll inform you if the price of this product will be changed according to your price alert.

You have to be logged in to write a review.

Christopher writes: 12.05.2014
Product was exactly what we expected and came very quickly. Thank you!